Rebuilding My Home On The Web 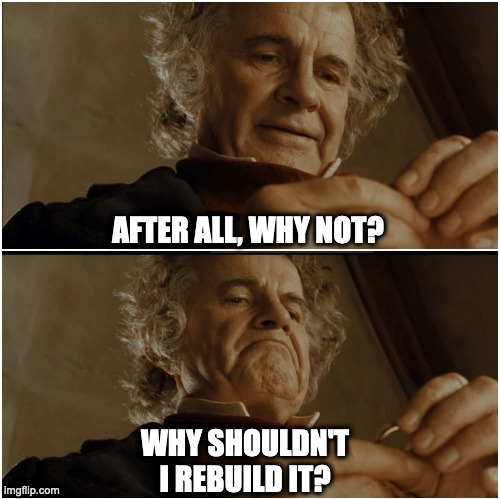 This post is part of a series. You can view the other posts here:

I like using projects to learn new things and keep my skills up to date. Everyone has their own pet projects that they keep coming back to. For some it's a version of a todo app they rebuild in whatever tools their interested in at the moment, for others its their blog, or maybe a game. For me, it's my websites. Over the last few years, I've built my resume, blog, homepage, and calling card in a variety of tools. The last few weeks I've gotten that itch again, so decided to start yet another rebuild. At the same time the past few years I've really come to appreciate the idea of learning in public, but haven't taken part as much in the process as I'd like. So, instead of this post being a "Look at this thing I made!" post, this is more of a "Look at this thing I'm making" post. I'll post my plans here and updates as I progress with learnings I've gathered along the way.

Over the past couple years, I've slowly started to migrate all of my websites into a monorepo powered by Nx. This project will see the completion of that work, pulling all projects under the same repository with tooling that encourages best practices. Here's the planned architecture : 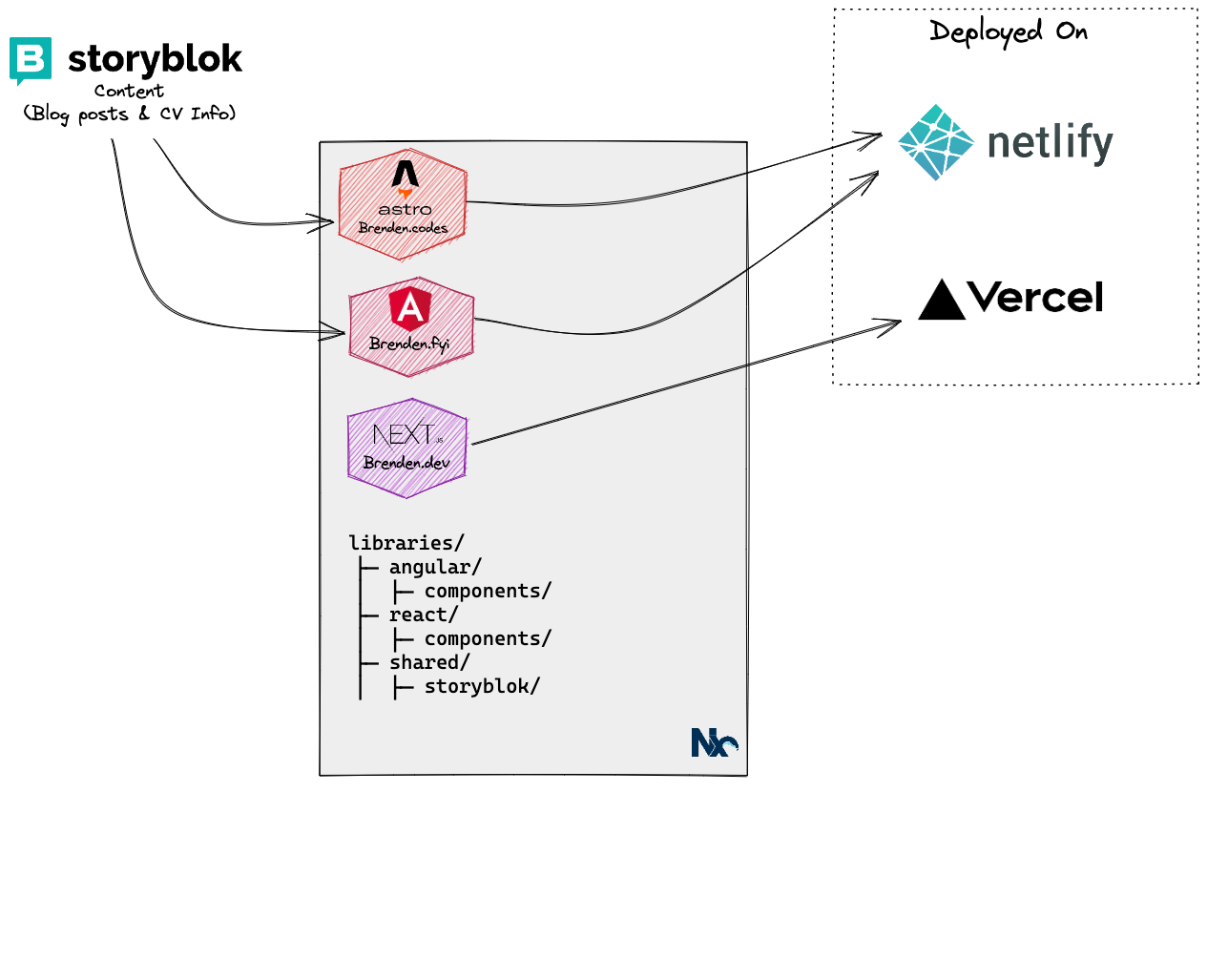 ❗note: these plans could change at anytime. I'll update here if they do.

Those projects that have more dynamic content (e.g my blog, and online resume) will be using Storyblok as the CMS. Why? To be honest, I use Storyblok in my day to day work. It's great! I'm comfortable with it, but want the chance to explore some of the newer updates they've released since the 2.0 rollout last month in a lower-risk environment. I'm deploying my Next based site to Vercel for the same reason. The other two pages, are planned to be deployed to Netlify. I'm hoping by the end of this I'll get a nice refreshed comparison between what it's like to work with all these tools. In addition to the above I have the other goals in mind:

At this time I'm not planning any large design change, unless I deem it necessary later on. Simply a rebuild and consolidation while learning a few new tools and I'll be happy.

All my work can be found on this branch. I'll probably start opening PRs against it vs blindly pushing changes soon. My main landing page, brenden.dev, is mostly complete and can be found deployed on Vercel here.

I have no set schedule or timeline, but hope to have everything finished in the next few months while I work on it during my free-time. Here's hoping! Updates will be posted here, unless the update is huge, in which case I may split it off as a separate post.